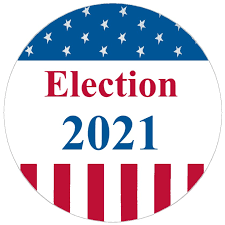 The Amarillo Police Officers Association represents the hard-working men and women of the Amarillo Police Department. The APOA does not seek out candidates for endorsements, but does respond to all candidate requests and provides them an opportunity to speak to members at the monthly meetings. Candidates from every council race spoke to association members over the last four months. After hearing from all the candidates that requested to speak, members voted to endorse the following candidates:

Every city in America has been affected by the COVID-19 pandemic, both physically and economically. But with strong leadership, Amarillo has risen from the depths of the pandemic and accelerated the recovery process. The current city council has carefully considered every step in this recovery and led Amarillo from COVID hotspot to a vaccination and hospitalization model for the state, and the nation. We are proud of our city, our citizens, and our leaders. While other cities are still being hit hard economically, Amarillo has a growing economy, with increased sales tax revenue and the lowest unemployment rate in the state. There is little doubt that strong leadership from the current city council plays a large role in that success. The APOA also knows that Mayor Ginger Nelson, and Councilmembers Freda Powell, Eddy Sauer, and Howard Smith all share a commitment to public safety and quality of life issues in Amarillo. The member officers of the APOA share those beliefs and values, and Amarillo is blessed to have these strong leaders who are willing to serve like they do. As for the open council seat, the APOA believes that Cole Stanley has a strong desire to serve the city. He is a successful business owner who supports public safety and has a vision to bring his talents and abilities to an already stellar group of council members. We believe the upcoming two years could see incredible growth and prosperity under this group of servant leaders.

NEP IS A UNION WORKPLACE! PROUD MEMBER OF CWA L-9003